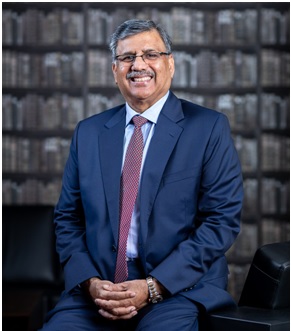 General Petroleum (GP) welcomes Mr. Zahid Muzaffar as Chairman of the board.

Mr. Zahid Muzaffar (Chairman of GP) has over 40 years of diversified experience in energy sector, in both upstream and downstream oil and gas operations, including transportation of gas via terrestrial pipelines as well as liquefied natural gas (“LNG”).

Mr. Muzaffar has developed successful working relationships with business professionals and government officials internationally, particularly in the Far East, South Asia, the Middle East and North Africa.  Mr. Muzaffar has served on the board of directors of London and Scottish Marine Oil plc in Pakistan and many other international E&P and refining companies. He headed the acquisition of the largest oil refining company in the Mediterranean, and was appointed on the board of LIBYAN EMIRATES oil Refinery Company (LERCO).

He was associated with a consortium of Spanish and Turkish oil and gas companies for a cross-country gas pipeline and LNG terminal in Turkey. Mr. Muzaffar holds a Bachelor of Economics from the University of the Punjab, Pakistan and has attended various management courses at the College of Petroleum Studies and St. Catherine’s College, Oxford, U.K., the Edwin H. Cox School of Business at Southern Methodist University, U.S.A., WENTWORTH Consultants, HUDDERSFIELD UK and IMD Switzerland.